Related Topics:cannabislegal cannabis
Up Next 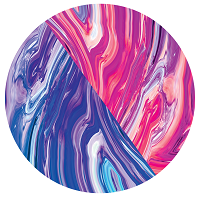 Toronto, Ontario–(Newsfile Corp. – March 27, 2020) – The regulated cannabis industry has recently united to address a critical issue it has faced since its inception: a lack of equitable access to banking services and financial support. The fallout from the COVID-19 pandemic has highlighted the need to fix this while demonstrating that cannabis is an essential product.

We commend the individuals and organizations that have been vocal in their support for the cause: Don Davies (MP), Nathaniel Erskine-Smith (MP), Scott Reid (MP), Dan Sutton (Tantalus Labs), The Canadian Chamber of Commerce, and the Cannabis Council of Canada. Their lobby efforts have been directed towards the Business Development Bank of Canada (BDC), Bill Morneau P.C., M.P. (Minister of Finance), and Navdeep Bains P.C., M.P. (Minister of Innovation, Science and Industry), in an attempt to influence federal decision makers.

“The cannabis industry is doing its best to provide Canadians with an uninterrupted supply of legal cannabis, but it is not immune to the effects of COVID-19. Cannabis businesses deserve access to the same financial support being made available to other industries. Cannabis sector jobs are just as worthy of protection as any other,” says Trina Fraser, a prominent cannabis industry lawyer at firm Brazeau Seller Law.

In just one day, hundreds of Canadians have signed this urgent petition (https://bit.ly/2QKvwTQ) advocating for equitable treatment by the Business Development Bank of Canada (BDC) and Federal Government of Canada. We are thrilled by the response so far, and encourage hard-working Canadians to sign, share, and have their voices heard.

Alan Aldous is a public relations agency for the emerging cannabis and psychedelics markets led by leading Canadian cannabis media professionals. The agency works with all the major newswire distribution services across North America, which makes transitioning to Alan Aldous easy for companies with existing PR efforts.

To view the source version of this press release, please visit https://www.newsfilecorp.com/release/53883

VANCOUVER, British Columbia, March 27, 2020 (GLOBE NEWSWIRE) — AgraFlora Organics International Inc.  (“AgraFlora” or the “Company”) (CSE: AGRA) (Frankfurt: PU31) (OTCPK: AGFAF) is pleased to announce its wholly owned subsidiary Sustainable Growth Strategic Capital Corp. (“SGSC”), a federally licensed cannabis company based in the Greater Toronto Area (GTA), has received Health Canada approval to commence extraction at its licensed facility pursuant to an amendment to its Standard Processing License.  SGSC also holds Standard Cultivation and Medical Sales Licenses issued pursuant to the Cannabis Act.
SGSC has been actively engaged in the Canadian CBD business, working with partner farmers to optimize the harvest to hemp-crops to maximize the efficiency of subsequent CBD extraction.  In March, SGSC commenced a trial extraction (the “Trial”) of hemp-biomass which will be extracted using third-party extraction services and sold as a combination of CBD Crude Oil, CBD Distillate and CBD Isolate to Canadian purchasers.  If the Trial yields favourable results with respect to product quality, efficiency and margin SGSC intends to move quickly with a second production cycle of up to 1,300 KG of high-quality hemp biomass containing CBD concentrations over 8%.The current SGSC facility is designed to facility up to 250,000 kg of biomass extraction capacity utilizing chilled ethanol for primary extraction followed by distillation and/or isolation.   SGSC intends to use the Trial and subsequent third party extraction cycles to properly design and size its in-house extraction capacity to maximize the profitability and return on capital invested.   Once built, SGSC intends to improve its profitability by reducing the cost of extraction, purification and fulfilment by bringing those processes in-house. About AgraFlora Organics International Inc.AgraFlora Organics International Inc. is a growth oriented and diversified company focused on the international cannabis industry. It owns an indoor cultivation operation in London, ON and is a joint venture partner in Propagation Services Canada Inc. and its large-scale 2,200,000 sq. ft. greenhouse complex in Delta, BC. The Company is also retrofitting a 51,500-square-foot good manufacturing practice (“GMP”) edibles manufacturing facility in Winnipeg, Manitoba. AgraFlora has a successful record of creating shareholder value and is actively pursuing other opportunities within the cannabis industry. For more information please visit: www.agraflora.com.ON BEHALF OF THE BOARD OF DIRECTORSBrandon Boddy
Chairman & CEO
T: (604) 398-3147 The CSE and Information Service Provider have not reviewed and does not accept responsibility for the accuracy or adequacy of this release.Forward-looking Information Cautionary StatementExcept for statements of historic fact, this news release contains certain “forward-looking information” within the meaning of applicable securities law. Forward-looking information is frequently characterized by words such as “plan”, “expect”, “project”, “intend”, “believe”, “anticipate”, “estimate” and other similar words, or statements that certain events or conditions “may” or “will” occur. Forward-looking statements are based on the opinions and estimates at the date the statements are made, and are subject to a variety of risks and uncertainties and other factors that could cause actual events or results to differ materially from those anticipated in the forward-looking statements including, but not limited to delays or uncertainties with regulatory approvals, including that of the CSE. There are uncertainties inherent in forward-looking information, including factors beyond the Company’s control. There are no assurances that the business plans for AgraFlora Organics described in this news release will come into effect on the terms or time frame described herein. The Company undertakes no obligation to update forward-looking information if circumstances or management’s estimates or opinions should change except as required by law. The reader is cautioned not to place undue reliance on forward-looking statements. Additional information identifying risks and uncertainties that could affect financial results is contained in the Company’s filings with Canadian securities regulators, which are available at www.sedar.com.

Israel has long been an international center for cannabis research. THC, the psychoactive ingredient in cannabis, and CBD, the plant’s predominant non-psychoactive ingredient, were first isolated and defined by Israeli researcher Dr. Raphael Mechoulam in the early 1960s. Research continued there in the following decades, and the Israeli government has contributed greatly to the country’s prominence in the global cannabis industry.

In Israel, medical cannabis is legal while recreational use remains technically illegal, though the government decriminalized recreational use to some extent in 2017. Government agencies provide funding for cannabis research. In January 2019, the government passed a law to allow exports of medical cannabis, though the first export was announced a year later in January 2020. With that recent development, the table appears set for growth in the Israeli cannabis market.

BOL Pharma is the Israeli company that announced the first export from the country, with a shipment destined for centers that specialize in the treatment of children with epilepsy and autism in the United Kingdom. The company’s CEO, Dr. Tamir Gedo, stated, “This is truly welcome news and a real breakthrough for the Israeli medical cannabis market. The Israeli cannabis industry has a huge competitive edge in the global arena, compared to many countries trying to enter the cannabis sector… Further opening of the market to exports will enable Israel to become a world leader in the coming years.”

The UK legalized medical cannabis in late 2018. Since then, patients have had a hard time getting prescribed treatments in a timely fashion, with most of the supply coming from foreign countries but facing restrictive regulations. As a result, in early March 2020, the UK government announced a change in import restrictions designed to increase the flow of timely medicinal products to registered patients.

This dynamic is common throughout Europe, with countries adopting medical programs without the infrastructure, both regulatory and physical, to provide supply to its own patients. Israel, with its strategic location combined with governmental commitment to the industry, is in prime position to pick up some of the slack.

Isracann Biosciences Inc. (CSE: IPOT) (OTC: ISCNF) is an Israeli-based cannabis company poised to enter both the Israeli domestic and the European export cannabis markets. The company is advancing its fully-funded 230,000 sq ft hybrid greenhouse cultivation project while also advancing a partnership with a late stage project consisting of approximately 200,000 sq ft of greenhouses located on over 880,000 sq ft of agricultural land. In conjunction with the cultivation projects, Isracann is developing European distribution channels while ensuring that all aspects of its business, from cultivation through processing and manufacturing, comply with European Union GMP regulations necessary for international trade.

While laying the groundwork for an extensive European export operation, the company is certainly not foregoing the burgeoning domestic opportunity in Israel. The country, as of late 2019, had about 46,000 registered patients. Isracann expects this number to roughly double by the end of 2020, by which time the company hopes to be harvesting and distributing products.

The company recently announced a joint venture agreement with two near-term farm operations in the Sharon Plain region of Israel. The IMC-compliant farms operate under preliminary cannabis nursery and cultivation licenses and are preparing to commence planting within weeks with 160,000 sq. ft. of greenhouse canopy on two million sq. ft. of private land. The move paves the way for the company to ramp up sales faster than it expected and could help drive near- and long-term shareholder value.

In a recent two-part interview with CFN Media, Isracann Biosciences CEO Darryl Jones outlined the company’s strategy, assets, and partnerships. He talked about some of the advantages inherent in the Israeli market (ideal climate for cultivation, regulatory environment, advanced research, widespread domestic use, proximity to Europe, etc.).

The very first medical cannabis shipment from Israel to the UK marks a new era in the promising Israeli cannabis industry. With the country’s government backing research and development efforts, as well as implementing rules to encourage growth of the industry both domestically and internationally, Israel has cemented its place as a leader for the global cannabis market. The year ahead promises to be pivotal for both the industry in general, and for Isracann Biosciences in particular as the company executes its vision of a comprehensive farm-to-consumer cannabis company. Keep an eye out as the plan unfolds.

For Visitors and Viewers

CFN Media is a leading agency and financial media network dedicated to the cannabis industry. We help private, pre-public and public cannabis companies in the US and Canada attract capital, investors and media attention.

Our powerful digital media and distribution platform conveys a company’s message and value proposition directly to accredited and retail investors and national media active in the North American cannabis markets.

Since 2013, CFN Media has enabled the world’s preeminent cannabis companies to thrive in the capital and public markets.

Learn how to become a CFN Media client company, brand or entrepreneur: https://www.cannabisfn.com/become-featured-company/

The above article is sponsored content. CannabisFN.com and CFN Media, have been hired to create awareness. Please follow the link below to view our full disclosure outlining our compensation: http://www.cannabisfn.com/legal-disclaimer/

To view the source version of this press release, please visit https://www.newsfilecorp.com/release/53879