Under the terms of the non-binding LOI, AESI will build upon the existing Sixth Wave unit designed in collaboration with PuriTech to assist with the design of a commercial scale Affinity™ System. Additionally, AESI will produce AffinityTM Systems for the North American market. AESI will also provide ongoing support to field and service equipment installed in North America and other countries.

“We’re excited to mark off yet another milestone for our commercial production roadmap through the proposed partnership with ASEI” said Dr. Jonathan Gluckman, President and CEO of Sixth Wave. “David Campbell and his staff bring valuable experience in designing, engineering, fabricating and supporting efficient and easy to use extraction systems for cannabinoids. We look forward to starting our joint efforts immediately and we take great pride in extending the presence of Sixth Wave and our Canadian partners like AESI in growing the economy and bringing high-tech jobs to Atlantic Canada.”

“We are very excited about this proposed strategic partnership with Sixth Wave and their leading edge technology for separation of molecules,” said David Campbell, COO with AESI. “This collaboration could change the way licenced producers in North America post process their extracted products in both the cannabis and hemp industries.”

Further to the Letter of Intent, upon signing of definitive agreements, the companies will collaborate on several key initiatives, including:

The definitive agreement will incorporate an exclusive 5-year manufacturing agreement further to which AESI will manufacture the units for the North American market.

Advanced Extraction Systems Inc. designs, engineers and fabricates supercritical fluid CO2 extraction systems with a specific focus in the medical and recreational cannabis and hemp industries and has provided equipment to a variety of producers including Canopy Growth Corporation and Organigram Holdings Inc. Advanced Extraction Systems Inc. has assembled a skilled management team and a world-class Scientific Advisory Board with more than 75 years of combined experience directly relating to supercritical fluid design and processes.

The senior researchers of AESI complement Sixth Wave’s existing capabilities in separation of cannabinoids for isolates and distillates utilizing MIP’s and other chemistry.

Sixth Wave is a development stage nanotechnology company with patented technologies that focus on extraction and detection of target substances at the molecular level using highly specialized molecularly imprinted polymers (“MIPs”). The Company is in the process of commercializing its Affinity™ cannabinoid purification system, as well as, IXOS®, a line of extraction polymers for the gold mining industry.

Sixth Wave can design, develop and commercialize MIP solutions across a broad spectrum of industries. The Company is focused on nanotechnology architectures that are highly relevant for detection and separation of viruses, biogenic amines, and other pathogens, for which the Company has products at various stages of development.

For more information about Sixth Wave, please visit our web site at: www.sixthwave.com.

ON BEHALF OF THE BOARD OF DIRECTORS

To view the source version of this press release, please visit https://www.newsfilecorp.com/release/59449 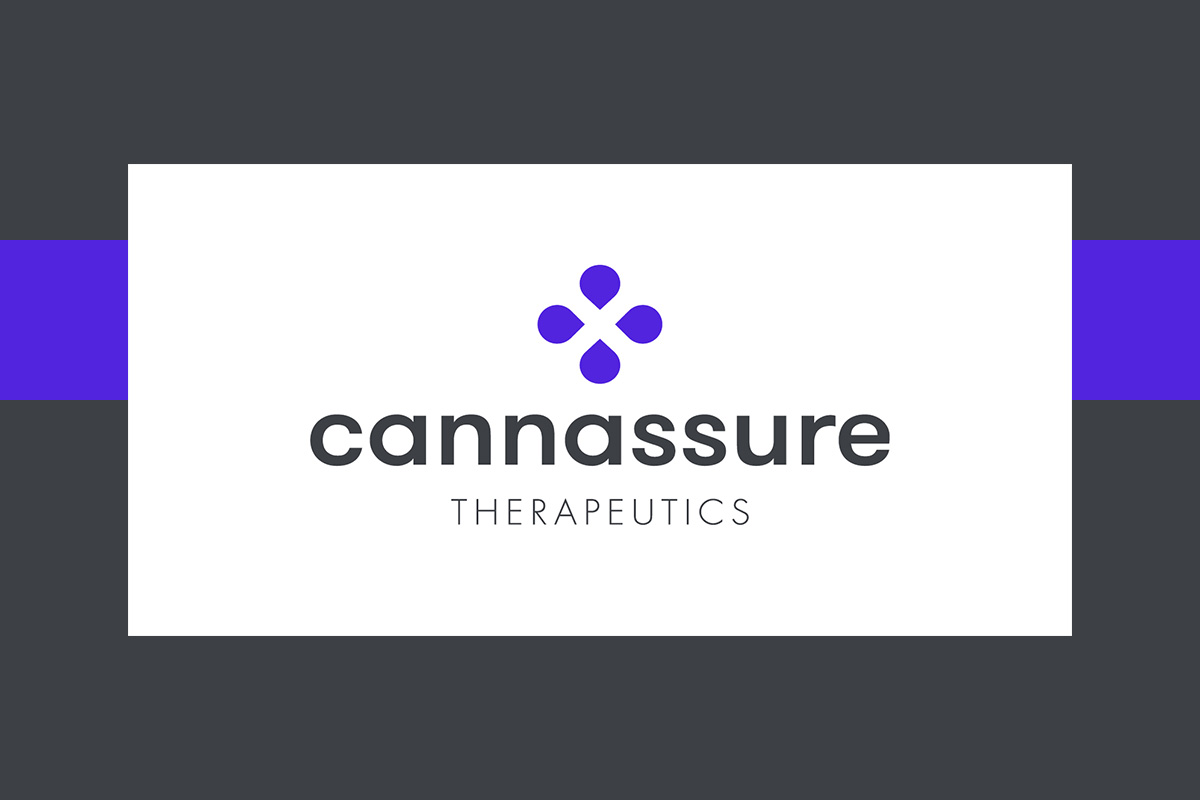 Cannassure Therapeutics Ltd (TASE: CSURE) (“Cannassure”), an Israel based developer and producer of innovative medical cannabis products, announces today the successful completion of a feasibility study for the development of IP protected, homogeneous, topical medical Cannabis products for the treatment of skin inflammation, including psoriatic lesions.

Product development of such topical medical Cannabis products based on AKVANO® is being conducted under a collaboration between Cannassure and Lipidor AB (“Lipidor”), a Swedish topical drug development company, owner of the proprietary drug delivery platform technology AKVANO™, which was signed in December 2019. The development project budget is partially funded by the Israeli Innovation Authority, by a non-dilutive grant.

The product under development is an incorporation of cannabinoids with AKVANO®, a topical drug delivery platform. Successful development of the product will allow localized administration of a precise dosage of cannabinoids using a spray, in a technology that allows for prolonged contact and optimal penetration of the active ingredient into the skin.

As part of the feasibility study, AKVANO® technology and cannabinoids were tested for compatibility, and it was found that the cannabinoids can be successfully combined in the AKVANO® system for a homogeneous, uniform and stable formulation. Cannassure tested the degree of product penetration into the skin by using known and acceptable models and found significant penetration of active ingredients into the skin tissue. This enhanced penetration may increase the therapeutic potential of the product. Based on these results, Cannassure will proceed to accelerated development stages and more advanced testings.

According to the agreement, Cannassure has informed Lipidor on its intention to start negotiating an exclusive global license for the use of Lipidor’s technology for the development of cannabinoids based topical therapeutics products for the treatment of indications to be chosen by Cannassure.

The main guidelines for the licencing agreement, including royalties to be paid to Lipidor on product sales, were defined in the collaboration agreement. 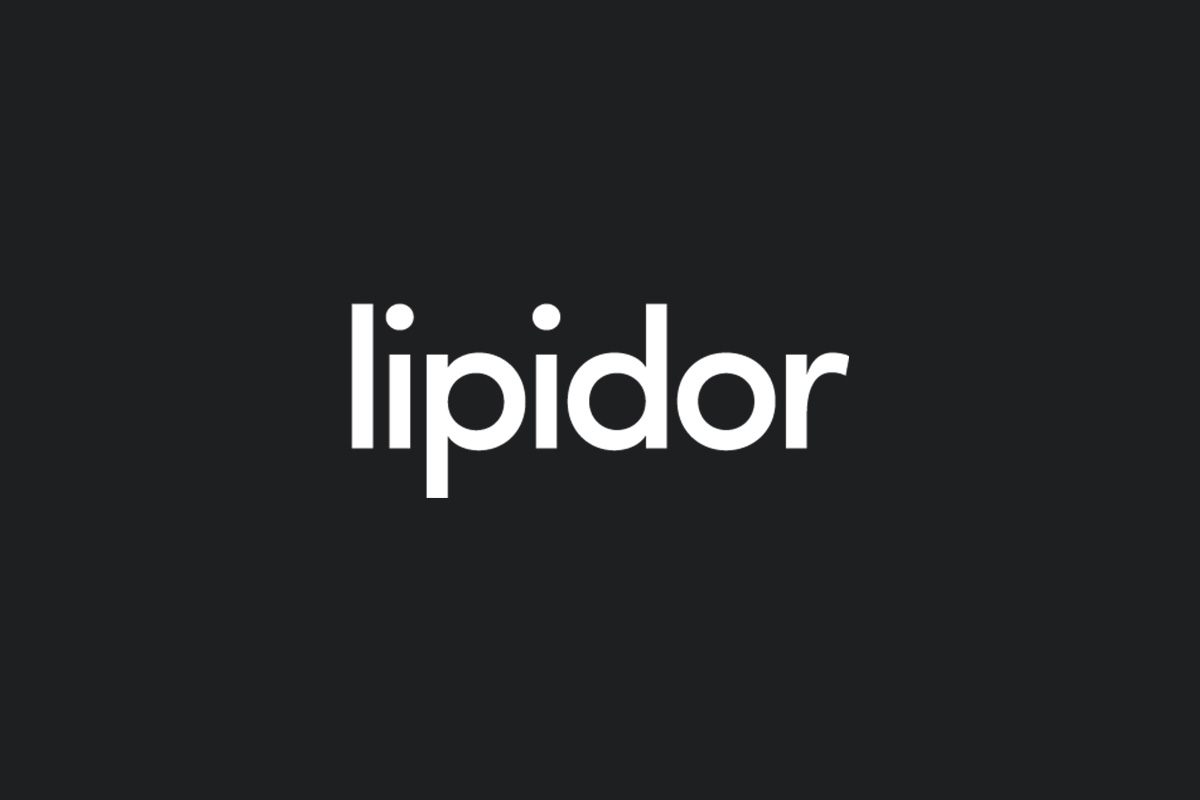 Lipidor AB (Nasdaq First North:LIPI) today announces a positive outcome of the feasibility study into the development of topical medicinal cannabis products for the treatment of skin inflammations and psoriatic lesions. The study was conducted in collaboration with Cannassure Therapeutics Ltd. , an Israeli company specializing in the development and manufacture of innovative medicinal cannabis products. Under the joint development agreement signed in December 2019, Cannassure has now announced that it intends to exercise its option and begin the negotiation of an exclusive licensing agreement for the use of AKVANO®, Lipidor’s proprietary drug delivery technology, for the indications chosen by Cannassure. The main guidelines for the licencing agreement, including royalties (double digit) to be paid to Lipidor on product sales, were defined in the collaboration agreement.

The collaboration began with an evaluation of the possibility of incorporating various active drug substances from the cannabis plant into AKVANO®. The formulation work has been carried out in Israel at Cannassure’s state-of-the-art facilities with support from Lipidor’s formulation experts.

The product under development is based on a topical medical cannabinoid that has been incorporated into the AKVANO® formulation platform. The successful development of the product will make it possible to administer the medical cannabinoid as a spray, locally and in the exact desired amount, which together ensures improved contact and optimal penetration of the active substance into the skin.

As part of the feasibility study, AKVANO® technology and cannabinoids were tested for compatibility, demonstrating that cannabinoids can be combined in the AKVANO® system as a homogeneous, uniform and stable formulation. Cannassure tested the degree of product penetration into the skin using known and accepted models and found significant penetration of active ingredients into skin tissue. This improved penetration may increase the therapeutic potential of the product. According to Cannassure, based on these results, the company will go ahead, accelerating the pace of development steps and conducting more advanced testing. Cannassure will implement the technology for the development and commercialization of sprayable medicinal cannabis products based on AKVANO®.

The common goal is to introduce innovative topical treatments to the fast-growing global market for medical cannabis products.

“We are very pleased with the positive outcome of the feasibility study, which confirms our previous high hopes. The result is an important milestone for Lipidor and for our unique formulation platform, showing that cannabinoids can be incorporated into AKVANO®. The collaboration with our partner Cannassure represents significant commercial potential for Lipidor,” says Ola Holmlund, CEO of Lipidor AB.

“We look forward to continued successful cooperation with Cannassure in the field of medical cannabis.”

This disclosure contains information that Lipidor is obliged to make public pursuant to the EU Market Abuse Regulation (EU nr 596/2014). The information was submitted for publication, through the agency of the contact person, on 30-09-2020 08:00 CET.

Christina Lake Announces Commencement of Trading on the CSE

VANCOUVER, British Columbia, Sept. 29, 2020 (GLOBE NEWSWIRE) — Christina Lake Cannabis Corp. (the “Company” or “CLC” or “Christina Lake Cannabis”), a premier producer of high-quality, low-cost, sun-grown cannabis flower, oil cannabinoids, as well as hemp-based extracts and derivatives, serving domestic and international markets, is pleased to announce that its common shares will begin trading on the Canadian Securities Exchange (“CSE”) at 9:30 am EDT on Thursday October 1, 2020 under the ticker symbol “CLC”.

In October 2018, CLC began its roadmap to becoming one of the largest firms in the country for outdoor cannabis cultivation and extraction by purchasing a cultivation building and fully-serviced 32-acre site in the Christina Lake region of British Columbia. CLC received approval for a standard cultivation license from Health Canada in early 2019, with a research and development license granted in the beginning of 2020. In summer 2020 the Company began harvesting more than 22,500 plants of eight unique cannabis strains, which is expected to yield a minimum of 22,500 kg/49,500 lb. With over 30 full-time staff members and seasonal workers, CLC is also the largest employer in its region. To date, the Company’s successive investment rounds have raised a total of approximately CAD $16,000,000, which enables CLC to maintain a reserve of funds for ongoing operations.

Nicco Dehaan, a founder of the Company and its Chief Operating Officer commented, “Having been part of CLC from the beginning, I am very proud of the progress made since 2018 for both the Company and the cannabis industry in general. We were very confident in the amount of growth potential this industry had, and we knew Christina Lake would be the perfect region in which to conduct outdoor growing of cannabis. As with any regulated industry, there were many hoops to jump through in order to obtain license approvals and build out a compliant operating structure. Further, applying to have CLC’s equity traded on a public stock exchange introduces a whole other set of requirements to meet and satisfy on an ongoing basis. Between obtaining our licensed producer status from Health Canada, hiring on full-time personnel for several key professional roles, and beginning to harvest our first crop for the 2020 growing season, receiving approval for trading on the CSE is an excellent addition to our momentum as we prepare to bring our first crop to market. We look forward to a productive Q4 2020, with very exciting developments to be had in 2021 and beyond.”

Christina Lake Cannabis Corp is a Licensed Producer of cannabis under the Cannabis Act which also received a Research and Development License from Health Canada on May 20, 2020. CLC’s facility is comprised of a 32-acre property, which includes over 950,000 square feet of outdoor grow space, offices, propagation and drying rooms, as well as research facilities, and a facility dedicated to processing and extraction. CLC cultivates cannabis using strains specifically developed for outdoor cultivation and expects to produce 22,500 kg or more from its 32-acre facility before developing its adjacent 99-acre expansion property, which will bring its cultivation footprint to over 4.35 million square feet or over 88,000 kg of low-cost, high-quality, sun-grown cannabis annually.