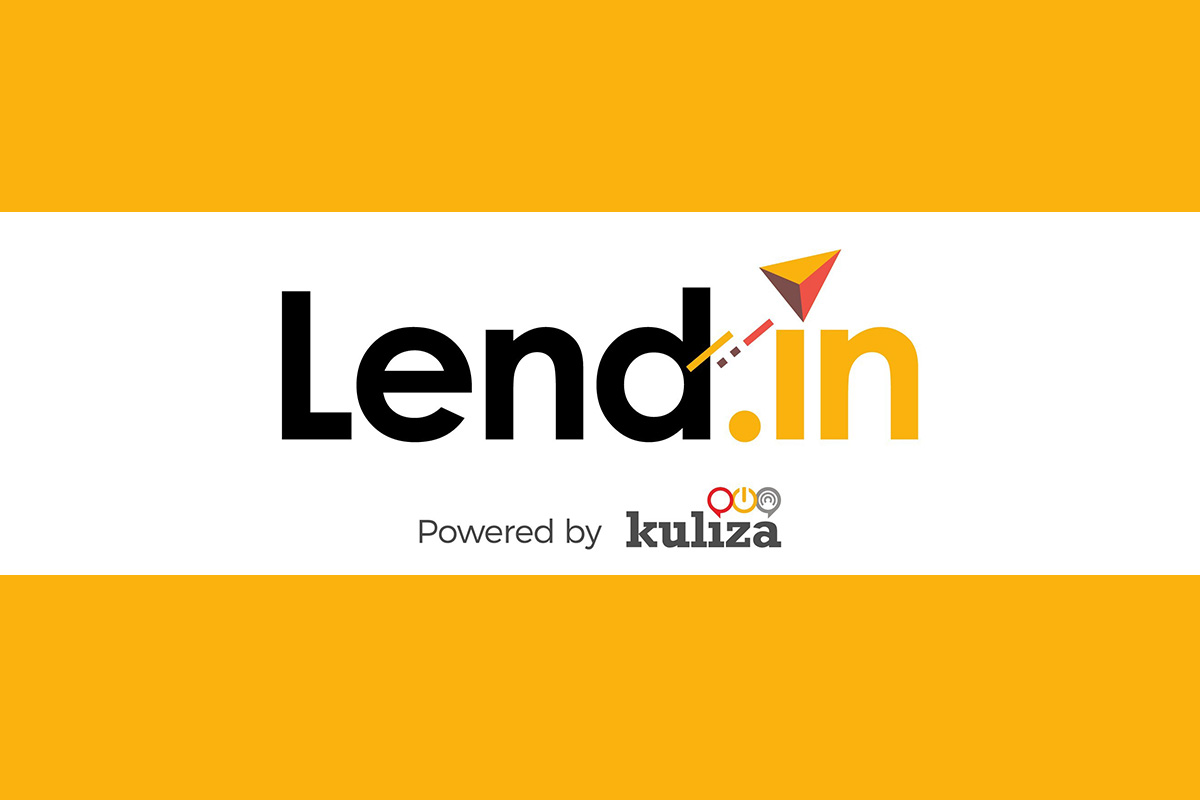 Kuliza, a leading software company, announced today that its flagship product Lend.In was recognized as the top vendor in ‘Emerging category’ by Aite Group in the analyst firm’s 2019 report ‘Commercial Loan Origination: Evaluating Vendors That Hone the Tip of the Spear’ along with being honoured with the David Award.

The report emphasized on how business lending is so valued by corporate clients that, like the tip of a spear, it creates an entry point to a business by giving rise to automated processes that eliminate cost, labor and isn’t off-putting for borrowers. In addition, it also opens up opportunities for FIs to cross-sell far more profitable services.

Despite making a foray in the report for the very first time, Kuliza’s flagship product Lend.In was commended for its strong digitalization capabilities and for having extensive knowledge on the less-penetrated Asia-Pacific market.

Aite Group remarks what was unique about Kuliza’s CLO capability, Lend.In, was its recent entry to the market and its focus on the Asia-Pacific region, and the acquisition of its client base following the September 2017 launch of its loan origination platform.

Aite Group also honoured Lend.In with the ‘David Award’, highlighting its broad scope of features and functionalities including the prevention of application fraud which Aite Group noted that the “Industry typically farms out to other vendors outside the scope of CLO.”

Chief Business Officer at Kuliza, Achintya Gupta, said, “We’re ecstatic to receive a positive feedback from analyst David O’Connell. We launched our flagship product Lend.In in 2017 and for it to be recognized as a top emerging vendor by a leading analyst firm, like Aite Group, in less than two years, is a great testament to our product. This validation would definitely act as a stepping stone for us to strengthen our customer and partner base, as we continue to invest in product innovation and growth.”

David O’Connell, Senior Analyst with Aite Group mentioned “Every industry, upon reaching a mature state in which it is occupied by a handful of relatively mature players, needs at least one David who can keep the Goliaths in check.” He went on to say, “Currently filling that role is Kuliza, with its Lend.In platform. Despite its small installed base, interesting about Kuliza is a broad product offering, which even has some website analytics that profiles credit seekers, and tools for the prevention of application fraud, something about which I think the industry is insufficiently vigilant.”

VANCOUVER, British Columbia, Feb. 18, 2020 (GLOBE NEWSWIRE) — Hobo Cannabis Company (“Hobo”) today announces the opening of its newest retail store, located in the heart of Vancouver’s shopping district on Robson Street (1173 Robson Street). This marks the company’s fifth location province-wide, and fourth location in Vancouver, granting Hobo majority market share in the city with the launch of this 2,100 square foot store.
“We’re proud to be further investing in the growth of the cannabis industry and the local community at home on the West Coast,” said Harrison Stoker, VP Brand at Donnelly Group. “As the new year kicks off, we’re so thankful for all that we’ve achieved this past year as we’ve grown Hobo here, in Vancouver, and look forward to bringing Hobo Cannabis Company to more communities across Canada throughout 2020.”The new location features a carefully curated lobby entrance and new design elements to support the rollout of Cannabis 2.0 products including vaporizers and edibles. Hobo Robson will also showcase the company’s first terpene bar: an interactive experience that presents cannabis’ common terpenes as everyday smells, distilled into aromatic essential oil blends by the experts at the group’s Barber & Co laboratory in downtown Vancouver. The bar, which was first previewed at Lift&Co Expo Vancouver in January, will feature terpenes including Myrcene (Herbal), Limonene (Citrus), Caryophyllene (Spice), Terpinolene (Herbaceous), Pinene (Pine), Linalool (Floral) and aims to help buyers explore and get to know their favourite cannabis strains in a new way.This news follows the company’s announcement of three upcoming Ontario locations, including the first legal cannabis retail store in Timmins, as well as a location in Ottawa’s historic ByWard Market, and another in the neighbourhood of Nepean. The announcement comes ahead of the company’s market entry into the prairie provinces, with three locations currently under construction in Alberta.About Hobo Cannabis CompanyHobo Cannabis Company, a Donnelly Group venture, is a Canadian collection of privately-owned retail cannabis stores with locations in B.C., Ontario, and Alberta. As a testament to Hobo’s commitment to the consumer experience and making the cannabis buying experience disarming, compassionate and human, Hobo will employ a contemporary aesthetic rooted in simple, functional design and feature a well-considered product range and frictionless technology.Hobo Cannabis Company’s five locations now include Robson (1173 Robson Street, Vancouver), Kitsilano (1952 West 4th Avenue, Vancouver), Airport (8425 Granville Street, Vancouver), Main (4296 Main Street, Vancouver), and Kelowna (2121 Springfield Road, Kelowna) offering consumers a selection of five cannabis intents: Move (THC dominant), Lift (THC leaning), Balance (equal parts THC to CBD), Calm (CBD dominant), and Rest (THC dominant). For more information, visit https://hobo.ca.Media Contact
Jen Hazell
Talk Shop Media
On behalf of Hobo Cannabis Company
604-738-2220
press@hobo.ca

VANCOUVER, British Columbia, Feb. 17, 2020 (GLOBE NEWSWIRE) — Christina Lake Cannabis Corp. (the “Company” or  “CLC” or “Christina Lake Cannabis”) announces today that Mr. Benjamin Asuncion has resigned as a director and Mr. Arie Prins has stepped down as President, Chief Executive Officer (“CEO”) and a director of the Company effective immediately. The board of directors has appointed Mr. Joel Dumaresq, Director and Chief Financial Officer as the Company’s interim-CEO to replace Mr. Prins.
Mr. Dumaresq has been active in Christina Lake Cannabis since the outset and will manage the Company through its planned public listing, pending Health Canada licensing, and planned cultivation and processing phases.Over the past 15 months, Mr. Prins oversaw the acquisition, buildout and construction of CLC’s 131-acre outdoor grow facility as well as the recent submission to Health Canada of the Company’s final evidence package in conjunction with its application for a Standard Cultivation License. Christina Lake Cannabis is also pleased to announce that Nicco Dehaan, a sizable investor in, and director of the Company since its founding, has agreed to assume the role of Chief Operating Officer of CLC.  Mr. Dehaan is highly experienced in the industry having held for over seven years a license for the growing of medical Cannabis.  Nicco will be responsible for overseeing all of CLC’s cultivation and processing operations along with expansion on the Company’s ‘131-acre owned-property’ and over ‘200 acre optioned-property’, once the necessary licenses have been secured.The Company further announces the immediate formation of an advisory committee to provide management with input and advice as the Company nears production.  Christina Lake Cannabis is pleased to welcome Mr. Gil Playford and Mr. Mervin Boychuk to the Advisory Committee. Mr. Asuncion will remain involved with Christina Lake Cannabis as an advisor to the Company, and has chosen to vacate his Board position in order to make room on the Board for individuals with direct operational experience.Gil Playford, presently one of Christina Lake Cannabis’ largest shareholders with over a 10% ownership, is a seasoned senior mining executive and founder of LionOre Mining International, with nickel and gold assets in Africa and Australia. In 2007, Mr. Playford spearheaded the sale of LionOre Mining to Norislk Nickel for C$6.8 billion in cash.  Mr. Playford started his professional career with Union Carbide Corp. for 25 years and various senior executive positions including Managing Director in Switzerland, Belgium and Germany.  Mr. Playford also was the Chairman and CEO of Union Carbide Canada and Chief Financial Officer of Union Carbide in New York.  He became Chairman and CEO of UCAR Carbon, a joint venture with Mitsubishi and took the partnership public as GrafTech International.  Mr. Playford is presently Chairman and CEO of Bearing Lithium Corp. (BRZ-TSXV), a mineral and exploration development company listed on the Toronto Venture Stock Exchange (TSXV). Gil holds an Engineering Degree from McGill University in Montreal and a Master’s in Business Administration from York University in Toronto.Mervin Boychuk is a serial entrepreneur having founded, built, and sold four private businesses over his 35-year career. Mr. Boychuk joined South Rock Ltd, a private road construction company, in 1978 and subsequently became President & CEO in 1980. Under his guidance, the company grew from 20 employees to over 350, with annual revenues in excess of C$180 million, before subsequently selling to Aecon Group Inc. in 2009. During his tenure at South Rock, Merv co-founded RecycleWest, a waste oil collection and supply company, which was later sold to Newalta in 1995. In 1996, Merv co-founded EnviroWest which serviced the BC, Alberta, and Saskatchewan vacuum truck sludge and waste oil collection markets. EnviroWest was sold to GFL Environmental in 2010, a large waste management company which employs over 8,850 people. Merv is a significant shareholder in Christina Lake Cannabis and continues to be active in the family-owned waste treatment business in Calgary and Edmonton. Commented Joel Dumaresq, “I would like to personally thank Arie for his leadership during the construction of what we believe is Canada’s premier outdoor grow facility.  As we await Health Canada approval of our cultivation application, and further as we prepare for our public listing, our operational capabilities have been greatly enhanced with the addition of Nicco, along with Gil and Merv, two highly-accomplished private entrepreneurs and operators.”About Christina Lake Cannabis Corp.Christina Lake Cannabis Corp is a late-stage applicant under the Cannabis Act, having submitted its Statement of Readiness and Evidence Package for a Standard Cultivation License, in addition to a Research and Development License. CLC’s facility is comprised of a 32-acre property, which includes over 870,000 square feet of outdoor grow space, offices, propagation and drying rooms.  CLC plans to cultivate cannabis using strains specifically developed for outdoor cultivation and it is planning to produce up to 17,700 kg from its 32-acre facility before developing it’s adjoining 99-acre expansion property, which will bring it’s cultivation footprint to over 4.35 million square feet or over 88,000 kg of low-cost, high-quality, sun-grown cannabis annually.For more information about CLC, please visit: www.clcannabis.comNote Regarding Forward-Looking Information and StatementsForward-Looking Information: This news release includes certain statements that may be deemed “forward-looking statements”. The use of any of the words “anticipate”, “continue”, “estimate”, “expect”, “may”, “will”, “would”, “project”, “should”, “believe” and similar expressions are intended to identify forward-looking statements. Although the Company believes that the expectations and assumptions on which the forward-looking statements are based are reasonable, undue reliance should not be placed on the forward-looking statements because the Company can give no assurance that they will prove to be correct. Since forward-looking statements address future events and conditions, by their very nature they involve inherent risks and uncertainties. These statements speak only as of the date of this News Release. Actual results could differ materially from those currently anticipated due to a number of factors and risks including various risk factors discussed in the Company’s disclosure documents which can be found under the Company’s profile on www.sedar.comOn behalf of:“Joel Dumaresq”
Joel Dumaresq
CEO and Director